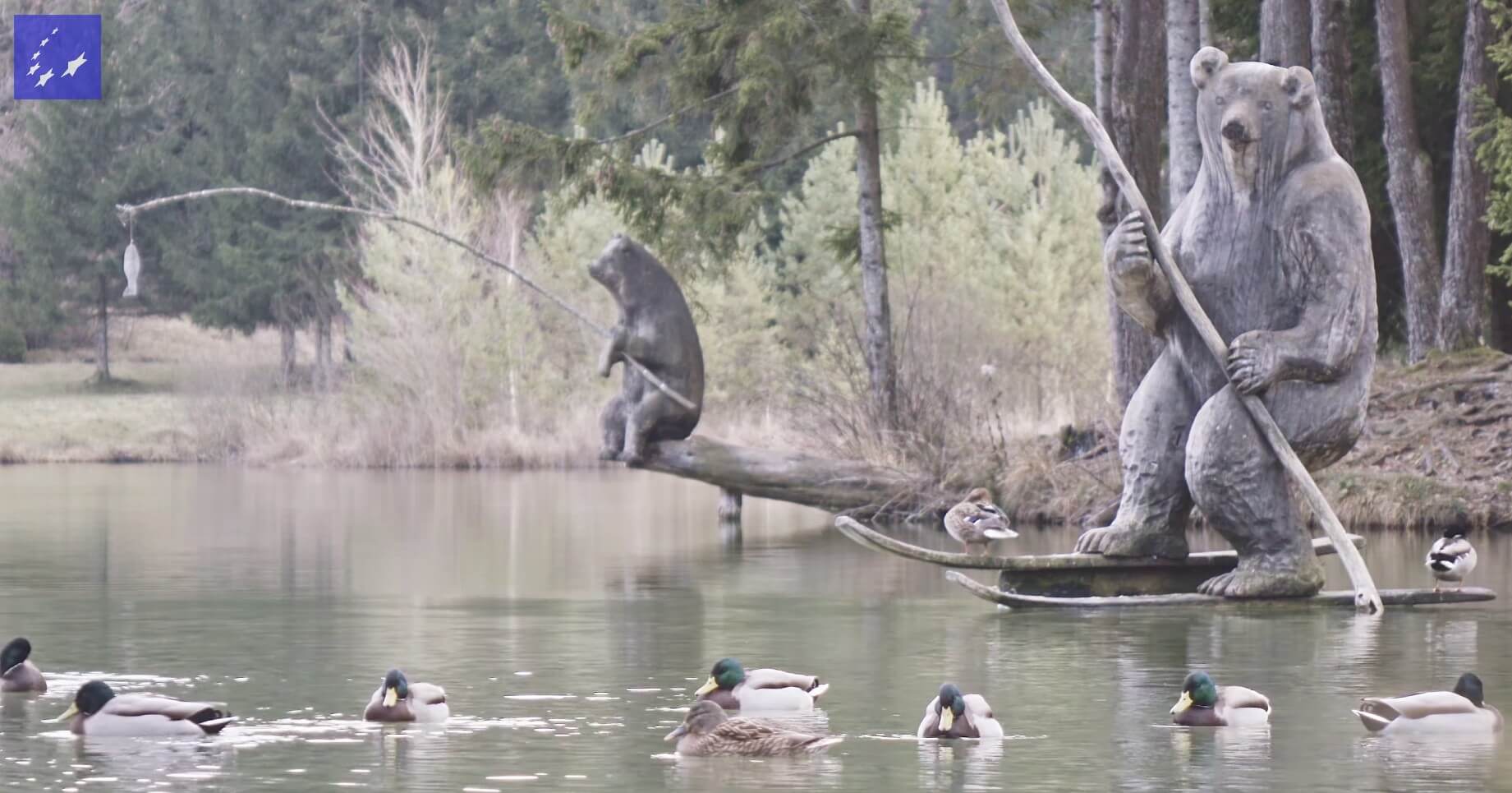 Se vidimo! or See you! as a phrase conveys plenty about how we connect to each other. It is very basic. We are social creatures, relying on our senses to live in the world and live with each other. Communities are connected through time and space by history, the common experience of the present moment as well as hopes and fears for the future. We create bonds with people in all of those instances through meetings in which we pay attention to each other and the world that surrounds us. When we exclaim Se vidimo! to literally see each other is only the beginning. The next step is to come together in person, in a conversation, in sharing of our experiences of the world we live in. A meeting as simple as running into each other on the street or as complex as strangers watching a theatre play – alone but together.

In 2020 we found ourselves perplexed by circumstances in which we were suddenly spending our days struggling to achieve a feeling of normality while embracing the so-called new normal – an idea with many interpretations that should not be taken for granted. If anything, the times we live in show us once more how important it is to remain observant of our surroundings, both physical as well as virtual, changing rapidly in light of the pandemic. How important it is to reflect on our experiences, as well as ideas and values that should be nurtured and expanded on. The times we live in call for communication. For meetings. When we are unable to come together in person, we should not let the sense of emergency consume and isolate us, we should rather look for ways to keep communities open. To see each other and to keep running into each other at the borders of our individual worlds.

Online exhibition Se vidimo! finds its place within the conversation which begins with reflecting upon the knowledge and observations we make in our immediate surroundings. It consists of videos in which directors of five cultural institutes in Ljubljana, joined together in EUNIC (European Union National Institutes for Culture), all turn to what they find significant in Slovenian culture. The starting point is broad, but we come to find that what each of them talks about can be seen as another conversation starter. Another meeting point. Whether they direct our gaze towards history, join us in reflecting on where and how we live, or think about the future, they invite us to meet. To meet alongside people and ideas that found their way through the centuries without ever losing their importance, to meet in places we inhabit and speak about how inspiring they can be, and to engage in a meeting of the many shapes and forms of culture. They focus on Slovenia and talk about some of the things they find engaging in our culture and at the same time they also talk about Europe. About the ideas resonating in our wider community, once again connecting us beyond borders.

With borders closed and travel even within the country nearly impossible, many of us found ourselves with more time than ever to think about how we live. What makes the city, how it changes with time and global events and why sometimes it is so important to be able to escape. Isabelle Desvignes talks about Ljubljana's PST (Path of Remembrance and Comradeship). A ring around the city that stands as a symbol of oppression and subsequent liberation that became an important recreational path for the citizens, a common space to meet and experience the city from a different perspective. In that sense it a symbolic reclaiming of the borders once forced upon Ljubljana.

Another increasingly important elements of the city experience that are coming back from the past (after years of being seen as a stain on the city’s beautiful surface) are the allotment gardens. Mostly on the outskirts of the city but some also practically in the city centre, they speak to their historical significance, their decline (into decorativeness or complete disappearance) and a renewed interest in such form of self-sufficiency that comes with globalization and a greater awareness of the importance of locally produced food. As noted by Andreas Pawlitschek, they can be found all over Europe, which ties us to a European and global discourse on the changing face of cities in light of climate change and the current pandemic.

Also tying us to said discourse is our relationship with nature – a relationship that is at times escapist, but currently profoundly aware of nature’s all- encompassing importance as well as its fragility. Slovenians see our own love of the mountains as proverbial and as Bíborka Molnár-Gábor sees it, an essential architectural element, tied closely to this experience, might be symbolic of a specifically Slovene trait. A mountain cottage called “koča” seems paradoxical, a symbol of both isolation and community at the same time. There is something about this description that does not speak only about Slovenes and how we are seen by others, but also about the feeling of the lonely days we have been through in the past year globally, when so much effort was made to connect in whatever way possible with our families, our communities and to keep reaching across borders, maintaining a sense of our transnational identities from our homes.

Dragan Barbutovski directs our attention towards Janez Vajkard Valvazor, a 17 th century polymath and a fellow of the Royal Society in London, who published an extensive study on the present-day Slovenia with the intention of presenting the area, its towns and castles, natural phenomena, as well as local custom to a wide – European audience. He devoted his life’s work to the research of the land he was from and the excellence of his work reached far across the borders of the land he studied, resulting in his prestigious fellowship. A European man in the time when it was possible to achieve such success without ever knowing about it due to a letter never reaching its destination, making for a meeting without the people involved actually getting together, a meeting transcending their own lives.

Stefano Cerrato shows us a 2009 screen-print titled Visit Slovenia by Italian artist Andrea Bruno, printed for the exhibition Greetings from Cartoonia by Stripburger. To Cerrato the artwork captures what he likes about Slovenia and doing so from the unique perspective of its international origin. Art has its ways to make us see connections, invoke feelings and express worlds of meaning so seamlessly. Artists, artistic communities and cultural institutions in general are regularly at the forefront of eliminating borders – at least symbolically. Even when a pandemic happens and this constant flow is at best interrupted, people work hard to adapt. New ways are found to connect, to share and to not close off from the world. Culture keeps a society open and in times like these its persistence is fundamental.